The ISO (International Organization for Standardization) started in 1946 and offers over 21,000 categories of standards and “best practices” in everything from how countries abbreviate their names to best business practices for risk management. 163 countries and 781 technical groups contribute to the standards. Not surprisingly, the ISO is headquartered in Geneva, Switzerland.

So the ISO developed a series of tests for watches which it must pass in order to qualify for full 6425 certification. The tests may be performed in-house by the watch manufacturer, or performed by a separate testing agency. However, the ISO, on its own site, states that it does not perform certifications. They develop standards by which all watches must be tested.  If a watch claims to be certified by ISO, it’s just not true.

Participation in ISO standard testing for divers watches is voluntary and not all luxury brands submit their watches to it. Rolex conducts its own stringent certification tests in-house. If a watch is tested under ISO 6425 standards conditions and meets them, it has the right to be marked “Diver’s,” and will show the depth rating in meters.  But any manufacturer, for example, Omega, can test to ISO 6425 standards or above and even if the watch meets them all, still choose not to put the word “Diver’s” on the watch. After all, Omega was founded in 1848, so maybe they don’t want an upstart like ISO bossing them around! What are some of the ISO 6425 standards that a watch has to pass?

Is the watch water resistant? The condensation torture test

A watch undergoing the ISO test for water resistance is first checked for condensation under normal conditions. Then the torture test for reliability under water starts by putting the watch under a foot of fresh room temperature (ranging from 66 to 77 degrees F) water for 50 hours – over two days! The watch is then set on a heated plate that brings it up to a bit over 100 degrees Farenheit. A drop of water is placed on the crystal for one minute. If condensation forms on the inside of the crystal, this means it’s leaking somewhere and it fails the test.

What do the meters/feet on a diver watch indicate? 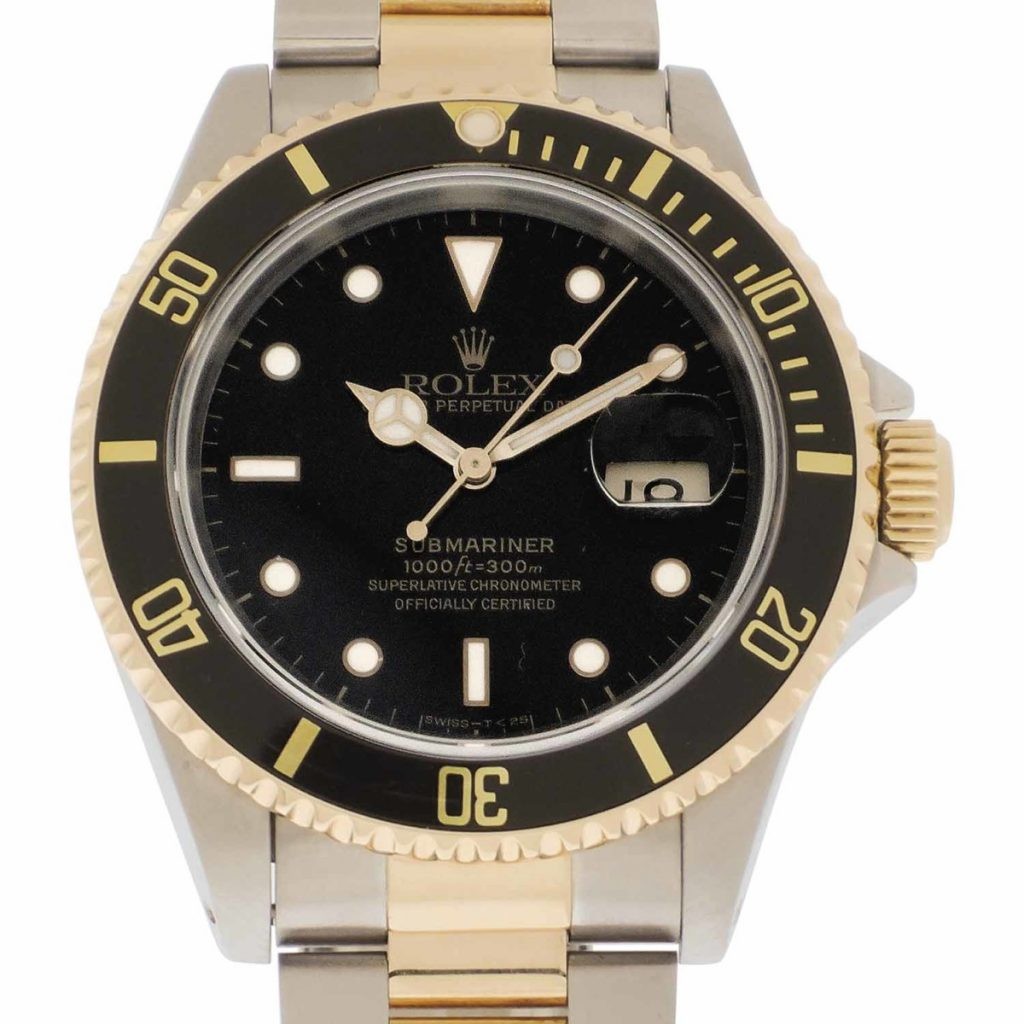 There are two major factors working against mechanical watches underwater. One is moisture and the other is pressure. Walking around on dry land, your body is subject to 14.5 psi of pressure from the atmosphere, or 1 atm. So your standard everyday watch also has a 1 atm (Atmospheric Pressure Measurement) rating. But the deeper you dive under water, the more pressure is exerted by the water pushing down on you. The pressure increases by 14.5 psi for every 33 feet of depth you travel down. The Rolex submariner pictured here is officially certified to 1000 ft, or 29.5 atms of pressure. That’s 433.5 psi of force, almost 30 times the impact of daily life.

The ISO tests for “water resistance at overpressure.” That means the watch is subjected to 25% more depth pressure than the rated depth. For example, a 200 meter rated watch has to perform normally without condensation after exposure to 250 meters.

What’s important to know about this is that the overpressure test has to be performed on every watch that carries an ISO 6425 rating, not just a sampling. Some ISO test standards allow for a representative sample and simple “water resistant” watches can meet ISO 2281. But if your watch is rated ISO 6425, then your actual watch passed the overpressure test. Good to know if you’re a serious diver or just serious about coming back up!

What does salt water do to a diver watch?

Hopefully nothing, but that’s why you want a watch that’s been tested.  The “resistance to salt water” test submerges the watch in a room-temp saline solution of 30 grams/liter for 24 hours.  It’s then checked for oxidation or other changes and for proper functioning. If you’re a dedicated diver, your watch could easily hit 24 hours of saltwater exposure in a week, so keep that in mind in terms of your watch’s service schedule.

For those of you who are into the tech specs, the ISO 6425 incorporates ISO 1413, which covers shock resistance, and ISO 764, governing antimagnetic timepieces.

We actually like the shock resistance test because it simulates the shock of a fall from one meter (about 3 feet) onto a hardwood floor. That’s not hard to imagine on the deck of a boat.

For mixed-gas diving, where helium is introduced into the breathing mix to allow for longer duration, you may find the phrase “Mixed-Gas Diving” in addition to the Diver’s Watch and depth rating. Rolex developed the Helium Escape Valve for mixed-gas diving, although they forego the ISO labeling.

The watch is placed on a support that holds it while a 6.6 pound plastic-headed club is mechanically released from a height of one meter. First it hits the side of the watch, on the “9”, and then the watch is reset and hit on its face with a shock equal to about 5,000 Gs. That seems like a lot, but the weight of the club, the speed and the distance really do calculate to about 5000 Gs. It’s been compared to the force of a strong golf swing, so you can imagine whacking it on the railing of the boat. To meet the ISO standard, the watch has to keep time just as before, within plus or minus 60 seconds per day after the test.

The ISO 764 requirement is for a watch that can maintain normal accuracy within plus or minus 30 seconds per day after exposure to a magnetic field of 4,800 amperes travelling along three different axes for 1 minute each. Good for any electric eels you might encounter while diving.

Can your watch handle external force?

Strap yourself in. It’s the ISO external forces tests. Let’s imagine you’re diving and a sharp outcropping slips under your wristband and the spring bars holding it snap! If you’ve got the right watch you’re in luck, because the spring bars are tested against an outside force of 200 newtons in each direction – about 45 pounds of force for each spring bar. That’s enough to get your attention and let you slip the watch free before the tiger shark circles around again.

The ISO tests do include strap materials tests as well. The short version is, don’t wear leather underwater.

If your watch is subjected in real life to the thermal shock conditions of the ISO test, it may mean you’re James Bond. After a control condensation test, the watch is submerged in hot water (104 degrees F) for 10 minutes, then cool water (41 degrees F) for 10 minutes, then hot water for 10 again, with less than a minute in between temperature changes. It’s then tested for condensation again. If it passes, your watch will be fine. And you? Depends on your training.

Bond with Daniel Craig with this Omega Seamaster Planet Ocean from the 600 collection.