What watches did the Presidents wear?

It’s important to keep accurate time when you are the President of the United States. WIth the inauguration of the 45th POTUS upon us, we review the watches, both pocket and wrist, that have kept our nation’s leaders on time over the years.

Abraham Lincoln wore a Waltham pocket watch, similar in style to the watch worn by soldiers in the Civil War. Wristwatches came into popular use after his death, in part because combatants had found them to be reliable and convenient for timing attacks.

Keeping watch over the country

World War II hero, General Dwight Eisenhower, sported a chronograph by Heuer in his early days as president, moving on to a Rolex Datejust.

It’s fitting that the President who set the goal of sending America to the moon wore an Omega, the first watch on the moon. John F. Kennedy’s tank-style gold watch was a gift from Florida senator Grant Stockdale. He also occasionally wore a Bulova watch and was wearing a round Cartier watch, a gift from his wife, Jackie, on the day of his assassination. 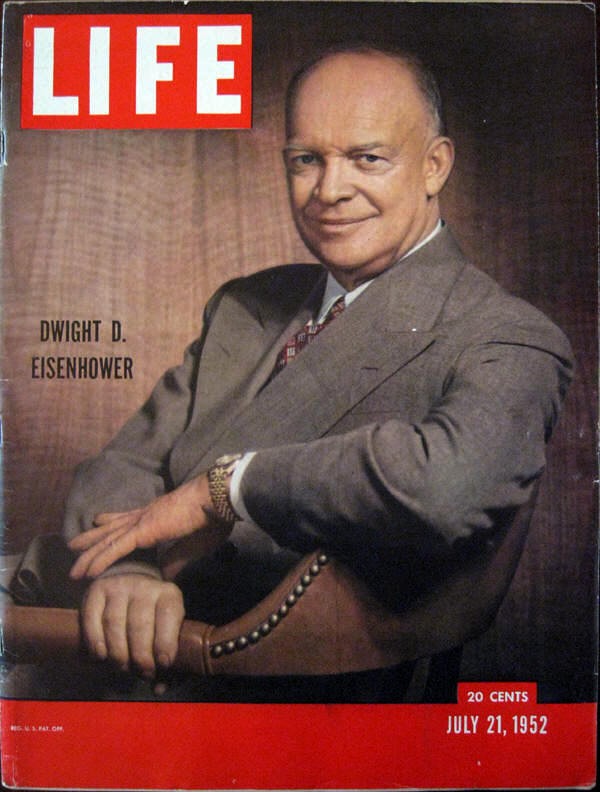 The president who liked watches most?

His VP and successor, Lyndon B. Johnson, sported a few haute horlogerie watches and was the only known president to date to have owned a Patek Philippe. The reference 2526 watch had the motto “do unto others as you would have them do unto you” on the dial, not surprising for the man who started the War on Poverty and established Medicare and Medicaid. He was also a Rolex man. He wore a Day-Date regularly and was also known to give Rolex watches as gifts to friends. He also wore the Vulcain Cricket watch, an alarm watch with a loud ring tone. Johnson penned a “fan” letter to Vulcain, in which he wrote: “I am deeply grateful for your kindness in preparing my Cricket wrist alarm watch. I value it highly and feel somewhat less than dressed without it.”

Richard Nixon wore a Vulcain Cricket, given to him by the National Association of Watch and Clock Collectors in 1955, when he was still Eisenhower’s VP and presidency was far in the future.

Gerald Ford came into office in the 1970’s, during the so-called “Quartz Crisis,” as the Swiss industry now refers to this time period. Digital watches powered by batteries were new to the market and the popularity of this new wristwatch brought on a craze that nearly toppled the Swiss watch industry. His Hamilton Pulsar watch was his day-to-day choice and he was photographed many times wearing the piece.

Former Hollywood heartthrob Ronald Reagan had impeccable style, as did his wife Nancy. He wore a stainless steel Rolex Datejust on a Presidential bracelet throughout his tenure at the White House.

Bill Clinton, occasional jogger, wore a Timex Ironman Triathlon. His sartorial choices were criticized by journalists from time to time, including his choice of watch. Later in his presidency, he was given a classic, traditional mechanical watch by Lip, a French manufacturer. Since leaving office, Clinton has become somewhat of a collector of luxury mechanical watches, and has been seen wearing a Panerai, Franck Muller and a Cartier Ballon Bleu.

Texan George W. Bush also wore Timex, an inexpensive Indiglo watch during his presidency. Despite his personal wealth, he does not seem to own a more expensive timepiece.

Barack Obama, the country’s 44th president, favors a Jorg Grey “Secret Service” watch for everyday wear. The watch was a birthday present from his secret service detail while he was still a senator. He had admired the watch on the officers and they pitched in to buy him one. The watch has the secret service seal on its dial. Obama also owns a Tag Heuer, and has been spotted wearing a New Balance N7 sports watch for casual and active sportswear and a Fitbit Surge. The first woman nominated by a major party to run for the office of President, Hillary Clinton, has been photographed wearing two Rolexes: one almost certainly a two-toned ladies Datejust and the second a Day-Date on an all-gold bracelet. The presidential hopeful also has sported the Chanel J12 in white ceramic, which went well with the all-white suit she wore in honor of the suffragettes. Watching in the future tense

President Donald Trump wears watches infrequently and his long sleeves under suit jackets probably have hidden some from view. He has been photographed wearing a watch that appears to be a Patek Philippe ellipse in white gold with blue dial. Other photographs reveal a watch that almost certainly is a yellow gold Rolex on a president bracelet. Trump also had his own brand of watches, called – drum roll please – the Donald J. Trump Signature Collection. Let’s hope that Mr. Trump will make wise choices in the wristwatch that he wears and in his new position as the leader of the Free World.